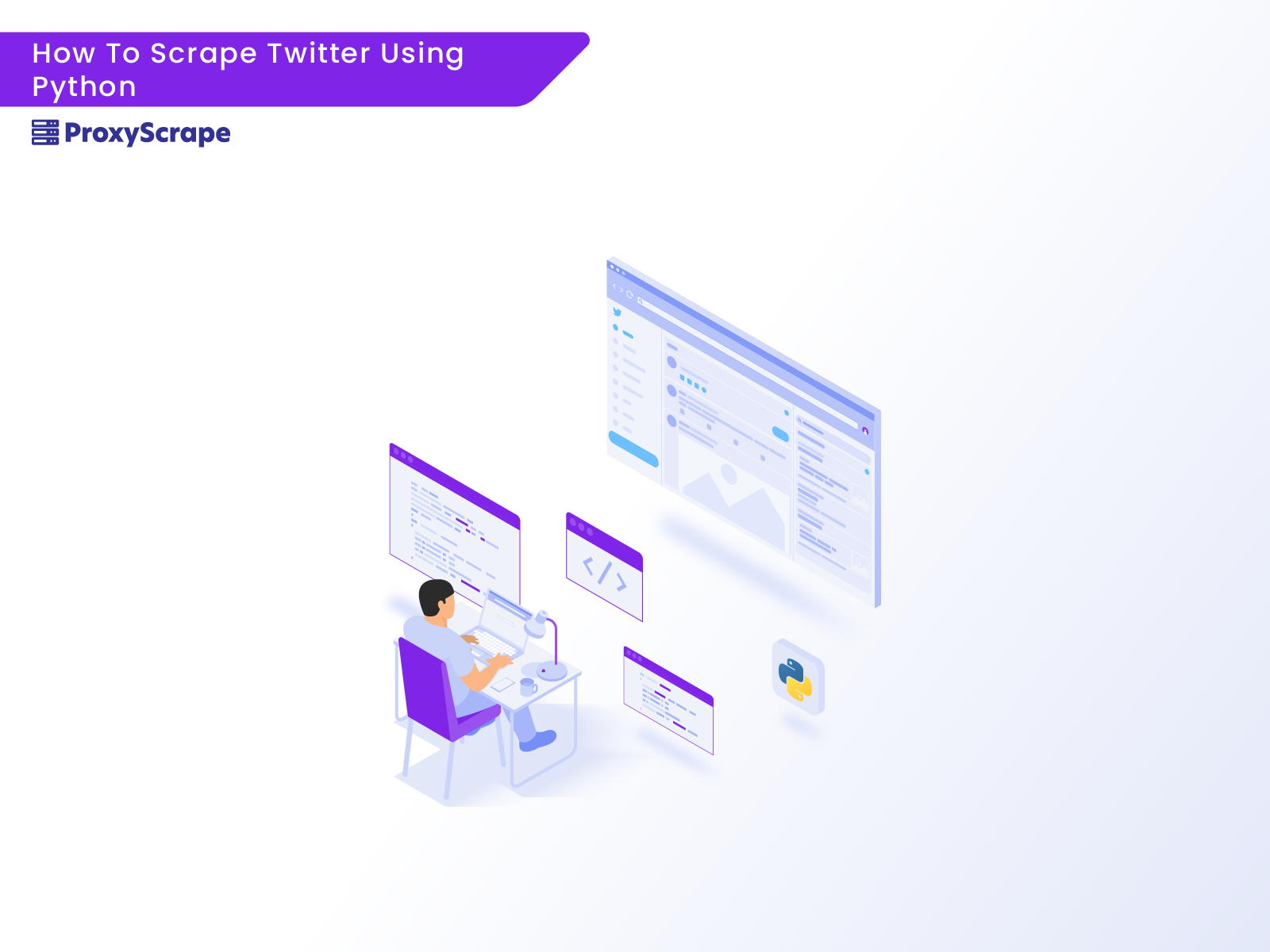 When the word “big data” is mentioned, not many sites can relate. But Twitter can as over 500 million tweets are exchanged on its platform daily that include a huge percentage of images, text, and videos. A single tweet can give you information about:

Unlike many other social media platforms, Twitter has a very friendly, expensive, and free public API that can be used to access data on its platform. It also provides a stream API to access live Twitter data. However, the APIs have some limits on the number of requests that you can send within a window period of time. Here comes the need of Twitter Scraping when you can not access the desired data through APIs. Scraping automates the process of collecting data from Twitter so that you can use it in spreadsheets, reports, applications, and databases.

Before diving into the python code for scraping Twitter data, let’s see why we need to scrape Twitter data.

You know that Twitter is a micro-blogging site and an ideal space holding rich information that you can scrape. But do you know why you need to scrape this information?

Given below are some of the reasons for scraping Twitter data that helps researchers in:

There are many tools available to scrape Twitter data in a structured format. Some of them are:

Let’s see how to scrape tweets for a particular topic using the Python’s twitterscraper library.

You can install the twitterscraper library using the following command:

You can use the below command to install the latest version.

You will import three things i-e.;

We run one iteration to understand how to implement the library get_tweets. We pass our first argument or topic as a hashtag of which we want to collect tweets.

Here tweets is an object. We have to create a Pandas DataFrame using the code below:

We use the below function to print the keys and the values obtained.

The keys displayed are as:

Now, we run the code for one keyword and extract the relevant data. Suppose we want to extract the following data:

We can use the for loop to extract this data and then we can use head() function to get the first five rows of our data.

Here’s the dataframe containing our desired data and you can easily visualize all collected tweets.

Congratulations on scrapping tweets from Twitter. Now, we move on to understand the need for Twitter proxies.

Have you ever posted something that you shouldn’t have? Twitter proxies are the best solution for users who can not afford to leave their legion of followers without fresh content for an extended time period. Without them, you’d be out of luck and may lose followers due to lack of activity.These proxies act on behalf of your computer and hide your IP address from the Twitter servers. So, you can access the platform without getting your account blocked.

Residential Proxies – You can use residential proxies that are fast, secure, reliable and cost-effective. They make for an exceptionally high-quality experience because they are secure and legitimate Internet Service Provider IPs.

Automation tools – You can also use an automation tool when you use a twitter proxy. These tools help in managing multiple accounts because they can handle a lot of tasks simultaneously.

For instance, TwitterAttackPro is a great tool that can handle almost all Twitter duties for you including:

To use these automation tools, you have to use a Twitter proxy. If you don’t, Twitter will ban all your accounts.

We discussed that you can scrape Twitter using Twitter APIs and scrapers. You can use twitterscraper to scrape Twitter by mentioning the keywords and other specifications just as we did above. The social media marketers who desire to have more than one Twitter account for a wider reach have to use Twitter proxies to prevent account banning. The best proxies are the residential proxies that are super fast and never get blocked.

Hope you got an idea about how to scrape Twitter using Python.

Use Headless Browsers and Proxies to Scrape any Website

How To Scrape Google Using Python

How to Bypass the Great Firewall in China